skip to main | skip to sidebar

Red...Amber..Green...and so the journey started
The one i always look forward to...for stealing the small glances
drinking the minute details..taking it all in..
For such was her beauty

With the wind blowing in soft whispers...There she stood..
A tinge of concern encircling her in an aureal glory
The lovely bright and dancing almond eyes..made me long for that one sole look
But my feet were strapped and feelings were cemented....
thinking there will never come a time..never ever

Hope was lost in monosyllables...
I knew it then...she was never there...
There..it went away in fumes..into the distant pockets of my engine...
and the deepest cranials of my brain

Lost in place...self...work...time jus flew
365 fortnights passed....
People entered and exited...but none stayed.....
None had the same impact...
The vacuum persisited...alas cannot be filled, i guess

Then..she sashayed down the aisle
Nothing like what she was before.....
Much knowledge was seen in her almond eyes...
in place of the once existent sparkly innocence...
Much had been said and done...
I knew then...it was not the same...
And she was not there...
Well..she was never there... 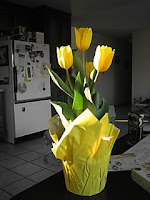 Its been two years....
A short journey in retrospect..but
Immeasurable has been the fathomless love and care for them
Pleasurable was every moment spent with them...
We have always been our true-born selves
Confiding the worst confirmed fears and vault-locked secrets....

Striking resemblance...continued pursual...
Interspersed with hiccups and speed-busters...
Eventual bonding so thick, that even Fevi gets embarrassed :)
Then, came the mellifluous dialect speaking diva...
Troubled by her own thoughts and insecure by my presence
Finally, casted off doubts and jumped on board...
Resulting in a present-day relationship that is ship-shape
With many to go evolution(s) and yard(age)....

We would continue to have unspoken conversations..and
All knowing smiles...while we know precisely whats going on !
So much to say....
Alas...some emotions can never be expressed in a jumble of words..

Leaving everlasting trails in each others life...and
Here's wishing three loud cheers to S.M.S :)
and ya ! Touch-wood that the sheen is never lost !
Posted by Touche' at 1:26 PM No comments:

Deep Web: The Cusp of a Technology Break-through

I was casually surfing and i found this interesting piece on a technology (Can't call it new as it was established in '05) called as Deep Web. A Trivia: Google (# 1 search place) can scan and provide results from a trillion web-pages. However, this repository is just a fraction of the whole web out there. How many times have you thought out of the box while googling and asked yourself: Why can't i get results for an uploaded picture or why can't google answer questions like : "Is there accommodation at Savoy on 28th Feb, 2009?" Sounds a bit off-the-shelve, but if you realize the amount of data sources connected to Internet, you would be awed by the power it can bring into ones hands.

I track the manufacturing software side for my division and there is scramble of events happening to jump the bandwagon and leverage the benefits of new-age technologies like "Cloud Computing". Every technology has its own pro's and con's and it depends on every individual organization to match up with its internal strategy to harness its true potential. Similarly, Deep Web is the scanning of Databases which is different from the traditional crawler program (web-spiders) which is actually a program. Spiders are used to unravel the hyperlinks between web-pages, but it is not so helpful in scanning data repositories. So, comes in a radically new search engine (An example: http://www.kosmix.com/) which matches databases in relevance to the string typed in. Trivia 2: Kosmix was founded by two Indian's - grads from IIT and Masters from Stanford. You guys make us feel so proud !


The technology is obviously complex, as it has to match every bit of your intended meaning and furnish expected results and not alienate you in using their engine :) What's even more cool is... the web-page throws up connected results and aids in additional surfing, if required. For ex: If i type in the name of the sport : Ultimate, the web-page build delivers a host of results (Quite a few of the are not related) like description of the sport, communities, people, videos..et.al. Hence, it's like a convergence of all kinds of information on one portal. User's have a one-stop shop to view and learn all they have to about a particular topic ! I am sure, this technology is expected to break barriers and start the avalanche of changing businesses.

Oh yeah: I wish this happens as well: I upload the picture of a boulevard in Prague' and i get the entire listing of travel advice journos, places to visit, travel options, hotel acco's, price ranges, nearby tourist locale's, what's hot and what's not and so on. Imagination is just unlimited but to bring the cogs to deliver requires innovation, passion and drive !
Posted by Touche' at 1:27 PM No comments:

A post after a bit too long.. Composition of whats been happening in the meanwhile..
As 2009 dawned, i was pretty sure of the life's short-lessons and the examinations that i had to clear before moving into the next league. Sure-footed with renewed confidence to do better and surpass set-goals have been the motto from the first of Jan. I have been judiciously juggled both of my split-lives (work and personal) to a reasonable extent and am more compassionate towards the society.
Giving back something to the society topped my "To-do" charts for this year. Hence, i decided to pursue "Deepam" a NPO run for bridging the literacy divide for the under-privileged kids. Believe me..the sessions with the kids over the weekends are a significant stress-buster and thought-provoking! I try to make it to all the sessions without fail, although i have missed a few due to planned circumstances and one-off events. 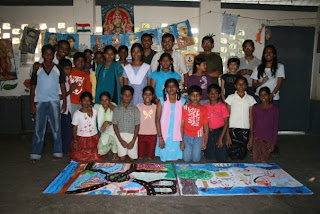 Being a movie-buff, i decided to plunge in to them (jus like age-old Rajasthan days) and watch the selected few like Munich, Shawshank Redemption, sit-coms like SATC, F.R.I.E.N.D.S and such others. They just ooze with creativity and have tingled my brain-buds to pursue the knowledge of film-making. Of course, i take a lot of cues from the vanity world and one such thing is this: Making a list of what all i would like to have in my life...and working my sweet a** off to have them in place within the next ten years. I had a real-hard time in making a realistic list (i do have a 3-series BMW on it:P).

Ultimate has taken a new definition in streamlining my way of living. This sport has so become an integral part of my life, that my biological clock is attuned to wake me up at 5:00 ! Not that, i have not done it before but this is with more agility and energy. Thanks to the wonderful set of folks and friends... this sport seriously keeps me fit and drives me to have extended work-sessions and push myself to the limits. 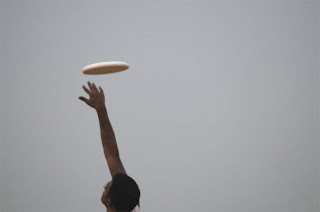 Nothing much to update on the personal front. Too bad for the shackles and respect for my community..Oh yeah ! a whole lot of my cuz's got married and became Daddies.. Sigh! people younger than me... Jeez..i seriously admire them from one side..but at the same time, angry at them for starting production at such an early stage! I went for a few..missed a few..but overall i am happy for them seeing settled in life. Every dog has its day :)

Officially, i have been promoted..more responsibilities, longer work-hours (i hope not) and the list is just endless here. However, it is true that rejoice is in the air for 2009 ! More to come.. i have a weakness for cars and i jus fell weak on my knees when i saw the new Fiat Linea ! Would test-drive it and be back to write my reviews about it. 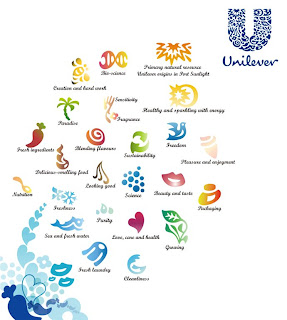 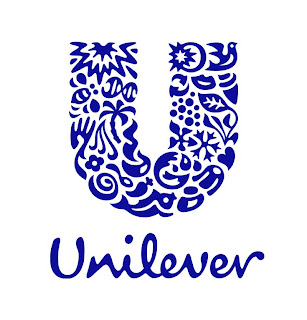 Unilever, the brand behind most of the common house-hold products these days. Any commercial soaps, saas-bahu ki serials, sports, travelogues...you name any ad space, these guys are all over. Having a turnover of over US $ 50.00 billion and a little over 2 lac employees, this conglomerate celebrated its 75th anniversary with a sprightly designed new logo. I appreciate its diligence to perfection and sense of convergence of all its product line under one symbol. The logo consolidates the sign of vitality, which is the 'bigger picture' to be realized from it. Each icon which has gone into the making of the logo signifies a distinct aspect of Unilever's business. To be exact, the logo is a confluence of 25 different icons representative of Unilever's business interests.
Interestingly, the logo was created by Sri Lanka's Lowe LDB in a weeks time. Quote unquote from its director "The visual elements were these symbols and all it did was to suggest that 'U' can make a difference." Kudos to these folks!
David Ogilvy quoted: "If it doesn't sell, it is'nt creative"

This post was inspired by someone who intrigued me to think out loud and so i am posting on the top five things that i would be accomplishing in the years to come. (I hate deadlines :P)

So..here you go : Read my compilations and feel free to be my best critic.

1.) Scuba Dive with the sharks in the Great Barrier Reef - Off Australian Coast
2.) Be in the big white cage and pay a visit to the Great White Shark - Gold Coast
3.) Rapple down the 750 ft steep 'Whiteside Mountains' in North Carolina.
4.) Off-Roading from Burma to Paris
5.) Make sweet passionate love to the 'ONE', while sailing 60,000 feet above ground level :)

Think loud and chase your dreams... Do one thing (which you have never done before) everyday that scares the shit outta you!
Posted by Touche' at 12:55 PM 3 comments:

Ain't I Croonin: Life's a Roller Coaster..Jus Gotta Ride it !!

Y.... ? Cemented shield and nowhere to hide
Buoyant spirit, yet tied down by plenty of rules to bide
Crucifixed X & O's

X-mas thy come..... clouds streamin snow-balled tears
Summer thy come.... sunlit windows and naked shadows...
Spring thy come... blossomed colors and sprightly toddlers....
Come what may... will my life change.... will i change?

Back on track... for the detour was short like the fleeting life of a firefly
fast as a zipping convoy.....and resourceful as the earth movers...
Cheers to a brighter and an exciting phase!!